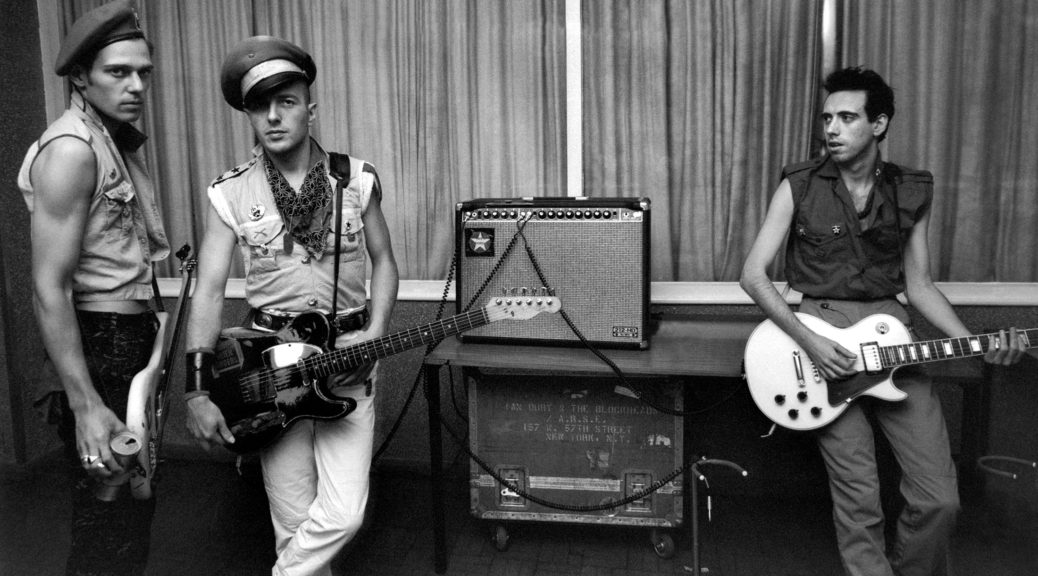 The Clash Story begins for me up on London’s Chalk Farm road and inside todays bustling trendy Camden Lock market, the old stables can still be seen tastefully integrated into the Proud Gallery’s club and bar. Back in early 1977 it was all very different. Then  it was a disused and dilapidated two-storey end terrace railway storage shed that housed the infamous Rehearsal Rehearsals studio. Now it is completely integrated into a continuously redeveloping market complete with with tourists. What remained of the original market was burnt to the ground during the 2008 Camden Market fire. A fire that also destroyed the famous Hawley Arms a favorite haunt and inspiration to the late Amy Winehouse.

On a cold grey 1977 punky London afternoon I arrived at Rehearsal Rehearsals, an urban squat littered with old barbers chairs, collapsed sofas, empty beer cans and food containers, bits of wire everywhere, piles of rubbish, a jukebox and Paul Simonon tearing from room to room firing his bb gun at anything or anyone that moved. It was in this hazardous environment, inside this urban war zone, I found myself with instructions to take some photographs of The Clash. It was the first time I had met the band. Described to me by the press officer at the CBS Soho square headquaters, as a “Punk” band and as such difficult and unpredictable. Apparently I had been asked because of my Jamaica track record and possibly because of my generally dishevelled and scruffy appearance. Perhaps they thought I would blend in more. At the time I didn’t quite understand why Jamaica was relevant. This bunch of council-estate art-student angry white boys. What connection could they possibly have with tropical sunny colourful Jamaica, with their aggressive raw power punkrock, their urban anarchy and drab black combat gear.

But of course, as I was later to discover, the Clash and Jamaican Music had always been deeply intertwined. So .. the photosession went ahead, bullets flying, with none of the band prepared to sit in any one place for more than a few seconds, charging around, revolution for the hell of it, more anarchy. It was like I was holed up in this bombed out building with a lightly armed bunch of musicians waiting for world war three to start on the streets of London. It was all over in 30 minutes, and i was safely out of this surreal war zone. Maybe London’s Burning didn’t happen then, but it certainly did decades later. Early in 2011 not long after the Clash exhibition at the Proud Gallery had closed, fires and riots unfolded all over London. Anarchy was back in fashion. I guess not much has changed. The bands message seems as valid now as it was then, just with a new more savvy generation of young, disenfranchised, jobless, ripped off, betrayed young people.

If you keep walking all the way down London’s Portobello road, way past the tourists, the bric-a-brac stalls and antique shops and you will eventually find yourself under the A40 Westway. These days most of the arches under this motorway flyover form part of a West London urban cultural complex, with an impressive collection of cool restaurants, trendy clubs, art galleries and boutiques. Once a year the shops and restaurants are boarded up, roads are blocked off and the area reverts to a former urban self as the focal point of the infamous Notting Hill Carnival. During this august bank holiday carnival the real heat of the event will be found under and around these motorway arches. It is here you can find the coolest sound systems, the best jerk chicken stalls, and as always, it’s the place where trouble starts.

Towards the end of 1977 the Westway boasted none of its present day urban beautification. Instead it was just another post war depressed, undeveloped, graffiti covered wasteland with a grey 60′s concrete elevated urban freeway overshadowing the neighborhood. The previous year the area was host to the infamous 1976 Notting Hill Carnival riots. Tempers had reached boiling point among young black men over police use of the “sus” law, under which anybody could be stopped, searched and held. A refined version of the law still angers locals today in 2012. Windows were smashed, fires were lit and ill-equipped police officers picked up dustbin lids and milk crates to charge the rioters. More than 100 officers and 60 other people were taken to hospital. A year later the post riot debris was still in evidence. This was surely the ideal inner city location for the continuation of the Clash story and photo-session. Most of the band only had to take a short stroll from home to the location. It was a bright sunny day and everyone was in a great mood the band were own home turf. After one hour we had finished, with no makeup, no stylists or art directors or press officers to delay things. Simple and fast, organic and relaxed, the best way to take photographs.

October 1977 The Clash “Get Out Of Control” tour was supposed to start in Belfast and I was sent along by CBS to cover the opening night and to grab some off stage shots of the band in Belfast. The gig at Belfasts Ulster Hall was cancelled at the last minute, befor even a sound check could take place. Officially it was because of insurance problems. However rumours were circulating suggesting that Joe Strummer had received a death threat. Either way the cancellation resulted in heavy handed police enforcement which left the disappointed fans and the band angry, sad, confused and helpless.

So instead of a sound check I was to do a photo-session with the clash, a simple walk about, black and white, location photo-session. Here we are, so lets make the most of it. The day was a typical overcast grey autumn day, with a slow drizzle in the air. Stepping out of the fortified Europa hotel, then the most bombed hotel in Europe, with the band and friend artist and activist Caroline Coon. We climbed into a car, a taxi, with the intention of finding a suitable urban landscape for the photosession. Over breakfast that morning I was strongly advised that it might be dangerous to take the band out into the city for what I described would be a wander. Belfast was in the midst of the troubles and anything could happen, it was dangerous so go somewhere safe, the High Street or the Park or perhaps the hotel lobby would do.

I was young then, and inifinitely more cavalier than I am today. So when someone in the group asked where the falls road was and why can’t we go and look, nobody in the car so much as blinked. The driver oblivious to the value of his passengers, treating us like any other fare did a U-turn and headed off towards the Falls road. The exact opposite to the advice I was given, and I didn’t try to insist otherwise. In mitigation, at the time I only had a vague idea of the importance of the Falls Road as a location for “The Troubles” rather than a Clash photo-session.

Anyway the photo-session proceeded without any hint of trouble, no bad vibes, nothing. The locals we met we’re friendly, even the British Army lads on duty at every street corner were friendly. We wandered around climbed back into the car, found another war zone location, and another and then returned to the Europa our scalps intact. The following week the images graced the covers of all three weekly music papers, The N.M.E. The Melody Maker and Sounds. CBS were thrilled, they even forgave me for putting one of their top acts at risk.

You can find these events and photosession mentioned in my Biography and Timeline.  For more on the Clash story go to www.urbanimage.tv or click on one of the links below.

22 thoughts on “THE CLASH STORY”