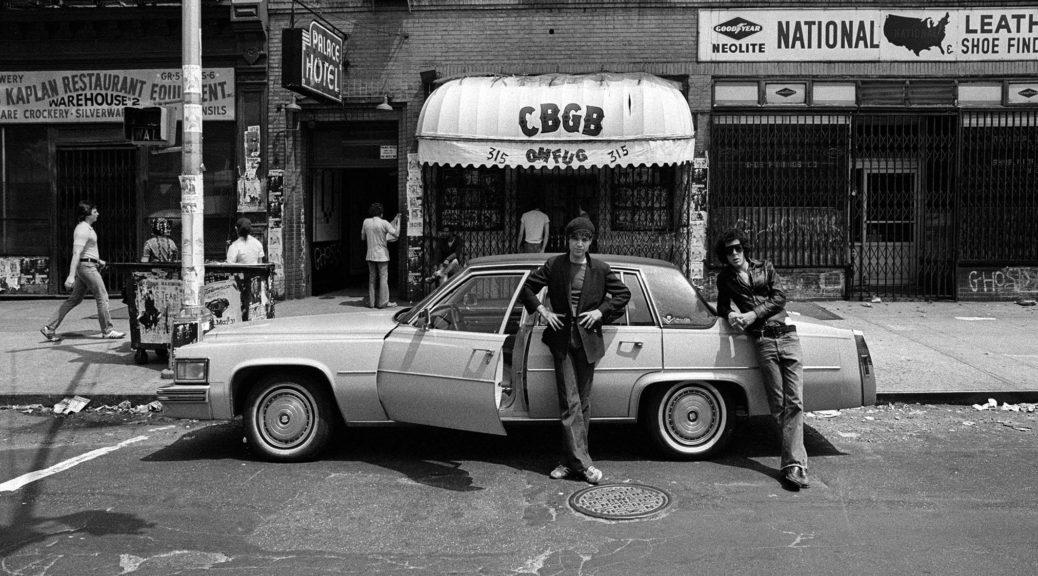 Its 1979 and I am in New York. Photographing the NY Punk scene for the Melody Maker. Sunday was my last day, and I was looking forward to a late brunch, a bit of shopping and then on to the airport for the night flight home. Instead a record company car picks me up from the Gramercy Park Hotel at the crack of dawn on an early spring Sunday morning. I don’t know how I was talked into doing this last minute photosession. I had never heard of Suicide but figured they were important. It had to be early, I had to pack and check out of the hotel by noon.  The taxi travelled through empty streets towards a run down part of New York, I can’t remember exactly which part of NY, but it was a very down market part of town.

I arrive at the bands apartment only to discover, unsurprisingly, that they were still asleep in bed. The scene outside on the deserted streets was to be the location. Littered with rubbish and empty beer cans, left over detritus from the previous Saturday night, a few homeless people sleeping in doorways, and the odd drunk or junkie still unconscious in the gutter. This was a perfect punk location. The only activity was an occasional group of dazed party animals trying to find transport home while large refuse collection vehicles slowly moved through streets cleaning up around the comatosed bodies littering the sidewalk.

Suicide, Alan Vega and Martin Rev that is, struggled out of bed and without breakfast, without any complaint, and followed me outside for the photosession. How often in New York can you shoot a band in the middle of the road without being arrested for obstruction or J-walking. For an hour or so the location was all mine.

Halfway through the session a fire engine appeared in response to a fire that had been started in a large refuse bin. This added some drama and a surreal edge to the proceedings. Mercifully for the band, the session was over within the hour and i was happy with the shots. The band were able to return to their apartment and probably bed, the streets started to wake up, and the familiar New York bustle quickly returned, taking over from the early morning desolation.

A month or so later I met them again in London. They supported The Clash at a UK debut concert. Unfortunately the Suicide set was cut short by an audience of over excited punks gobbing and spitting at the stage, covering me the photographer and the band with spittle. This dubious punk fashion drove Suicide off the stage prematurely while the audience continued booing and spitting venom at these New York Punks. They wanted the Clash, and nothing else would do.

After some delay and confusion Joe Strummer did come on stage and chastised the audience for their behaviour. The Clash would not perform unless the spitting stopped. Some of the live photographs clearly show Suicide covered in spittle.  The spitting did stop, and the Clash did play, while the support act, still recovering from spittle shock backstage really did look suicidal.